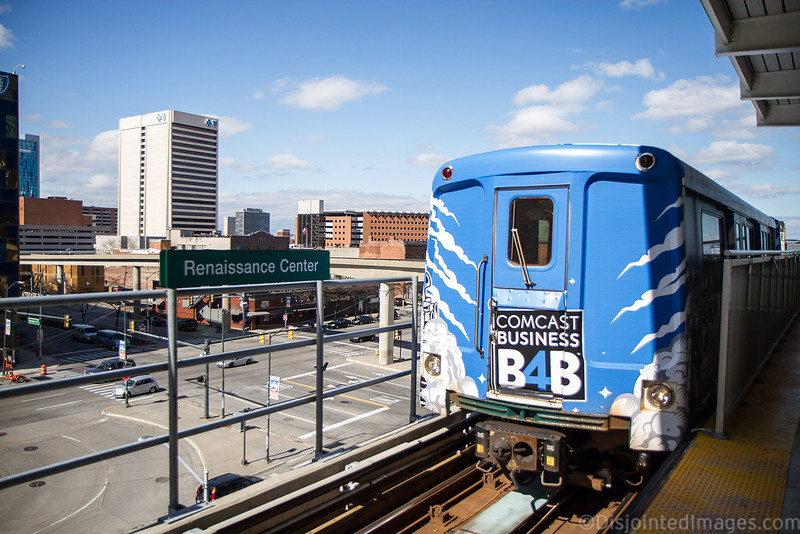 The first ever Midwest Media Expo just ran and I was lucky enough to be chosen to cover it as Press. If some of the staff look familiar here it’s because the event is helmed by the same people who run Youmacon. It is not simply another anime convention however. As the name suggests they are highlighting a broad scope of media – film and print, comic and animation, voice actors and artists.

Since I work in Detroit, and have a parking pass through my day job, I parked and rode the People Mover over to the RenCen.

My first stop, since it was right next to badge pickup for press, was the Gaming Room. They had a great selection of unusual imported cabinet games as well as a bunch of older consoles. We played Sonic, Duck Hunt, and a few other things before wandering off to see more of the convention.

I don’t know what this is – but it was HUGE

The first panel I sat in was Disney Animation with James Lopez. It was a lovely talk, and James went over some of his experiences in his 25 years as an animator. I really enjoyed hearing all the behind the scenes craziness and some of the working titles of films I know so well.

After grabbing dinner, we headed over to watch Steam Powered Giraffe in concert. Quick confession: I’ve never heard them before. I’ve seen their AMAZING music videos on loop when Youmacon is promoting at other conventions (no sound) but I’d never sought out their music.

If you haven’t heard of them previously either – here’s the details.

Hydraulics hiss and motors hum as three robots begin to snap into mechanical movement. Their instruments ring and the automatons begin to belt out in three part harmony.

The robots of Steam Powered Giraffe are like nothing you’ve ever seen. The malfunctioning joke-spewing metal men play a collection of original Vaudeville inspired tunes fused with modern flare and executed in a super-sleek, one-of-a-kind performance.

More than just a band, Steam Powered Giraffe is an experience that must be seen and heard by the entire family.

The group started as a foursome of street buskers working as these quirky characters in January 2008 at Balboa Park, California, and instantly drew the attention of Southern California. Since then they’ve performed at such venues as The San Diego Fair, The San Diego Zoo, The Wild Animal Park, Legoland, Ontario Mills, and numerous Sci-Fi, Fantasy, and Steampunk Conventions. The current performing group consists of: The Spine, Hatchworth and Rabbit.

The concert started with a projection of Spine’s cover of Diamonds. While (mostly) a solo song, it does a great job of showing his vocal range. Not often do you get to see a single performer sing harmony with themselves. It also gives you an idea of their pantomime commitment and general humor. The little robotic tics and swings are great. Don’t let this cover song fool you though – they write a TON of their own music and it’s really good. They have four full albums completed – available through their site or on iTunes.

The Spine leans into the music

Rabbit belting out a song

Spine asks everyone to get up

One of my favorite shots of Rabbit

This shot really shows off the silver skin

I always try to get some shots of the sound engineers – not enough love is usually given to the crew. In this case Steve Negrete is as well known to avid followers of the group as any of the performers.

After the concert we wanted a snack and luckily I could tell by the faint scent of vanilla in the air that Dinky Donuts was back! These amazing little fried bits of heaven are addicting as heck – and for $10 you can get an entire BUCKET of them to share.

The next day I knew my priority was the Voice Actor Duo – Working with Valve panel. There I would meet: The Sniper and GLaDOS.

Aww yeah, doesn’t get cooler than that.

I really enjoyed the panel. They talked about what it was like working with Valve. Both have nothing but high praises for Valve and mentioned how much you can tell that story is paramount. A beautiful game is nothing if the story isn’t great.

Ellen discussed how she ended up singing “Still Alive” (it was the first time they’d heard her singing voice). That they were thinking of using a computer generated voice initially, but found that it would cost more in royalties than hiring a person. (I’d like to think GLaDOS would be smug about that.)

That there was a lot of pressure to make Portal 2 as fantastic as the first one (which may be why folks are hesitant to do a 3rd, that’s a lot of expectation built up).

When they got to the Q&A portion I snuck out as I wanted to hear about James’s Hullabaloo project and his panel was at the same time. I’m glad I did because this looks wonderful and I can’t wait for it to be complete.

James was so sweet and very approachable. He had no problems talking to aspiring artists and animators who had questions on where to start.

After getting my dose of steampunk I headed up to see what the Q&A with Steven Dengler was like. I’ll never know, as they were just packing up to leave as only a single person showed up. :/

Steven was very good about it, commenting that he didn’t think a panel all by himself would be very entertaining anyway, and he was going to join the Star Trek Continues autograph session as he’s been working with them under his investment group Dracogen.

Dracogen Strategic Investments is the creation of Steven Dengler – entrepreneur, pilot, co-founder of XE.com Inc., and all-round geek. Dracogen is committed to making awesome things happen whenever it can.

Steven, his son, the dedicated fangirl, and a staffer pose for the obligatory “This panel existed!” picture

I then wandered over to the VGCats panel instead. As I came in he was putting things away and walking out. I was not having the best luck with panels today. It seemed he was having some technical difficulty with his prepared presentation and was going out to figure out a backup.

He returned shortly after with a Wii and Luigi’s Mansion. The attendees then took turns playing. Hey, the VG does stand for Videogame… As an extra thank you to anyone sticking around, they handed out books and posters to everyone, which was a very excellent thing to do.

Next I wanted to listen to Jon St. John in WTF VO?. It was a hilarious panel that went over his career (he’s known for Duke Nukem but has a loooong resume list) with video snippets and general talk of voice acting as a business. While editing my photos I was compelled to listen to Aerosmith’s St. John; you’ll have to meet Jon and ask him how he’s connected.

After listening to him talk here, I was quite sad I didn’t sit in on his 18+ panel the night before. I will have to prioritize seeing him for Youmacon.

Incidentally, while most of the room was probably too young, Permanent Vacation was my first Aerosmith tape and St. John and Hangman Jury got played endlessly. You could play one, flip the cassette and play the other. Still some of my top favorites.

Jon is a very animated man – he actually reminds me of my friend Dan. Must be the hippie DJ vibe.

Jon is one of the best actors about interacting with is fans. Sweeping people up in a hug (this guy tried to just get a handshake – we’ll have none of that now.)

Natasha Allegri was there – and while I did not make it to a panel I was determined to stop at her autograph table and tell her just how much I loved Bee and PuppyCat. When I explained I didn’t have something for her to autograph (she didn’t have her own art for me to buy, else I would have), she asked for my hand.

I’m not sure if this will get me to always have paper next time or if this is possibly the best temporary souvenir ever!

I was so busy fangirl-ing that I didn’t even get a photo of her.

Finally a bit of random:

The line for the SPG autographs…

I was very impressed with the sweeping variety of cosplays here. While there were some typical favorites like the Mermaid below, I saw a lot of unique others going by that I’ve not seen at my usual convention stops.

Where is that Prince Eric already??

An absolutely fantastic Jack and Oogie Boogie. “Jack” closed her eyes and had painted the lids black to get the socket look.

Chell (with potato GLaDOS) and Wheatley

At the end of the weekend I was honestly giddy and it reminded me of my impression of the first year of Anime Reactor back in 2003. I got to meet a wide range of folks in all parts of the industry both here and in Japan and it was the most amazing thing. This has the potential to do so much more than the other conventions out there are right now. I hope they continue that trend and stick to covering all types of professionals.

This will definitely be on my permanent go to list of conventions – and it should be on yours too!

On JAFAX and Future Cons 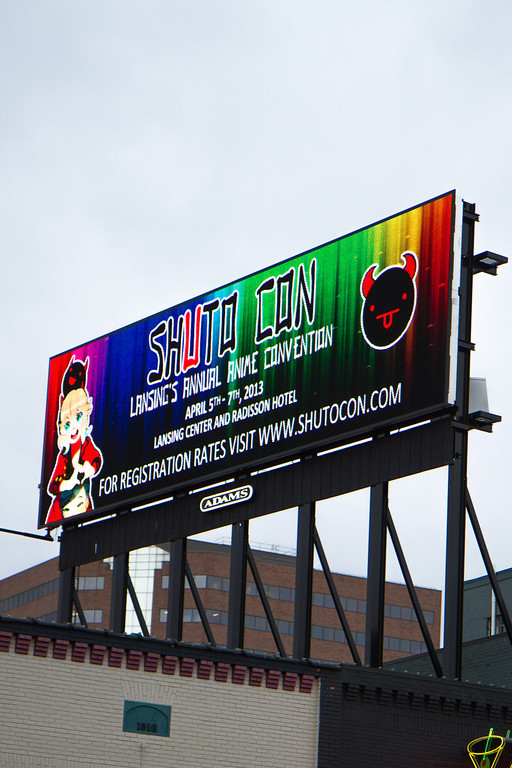