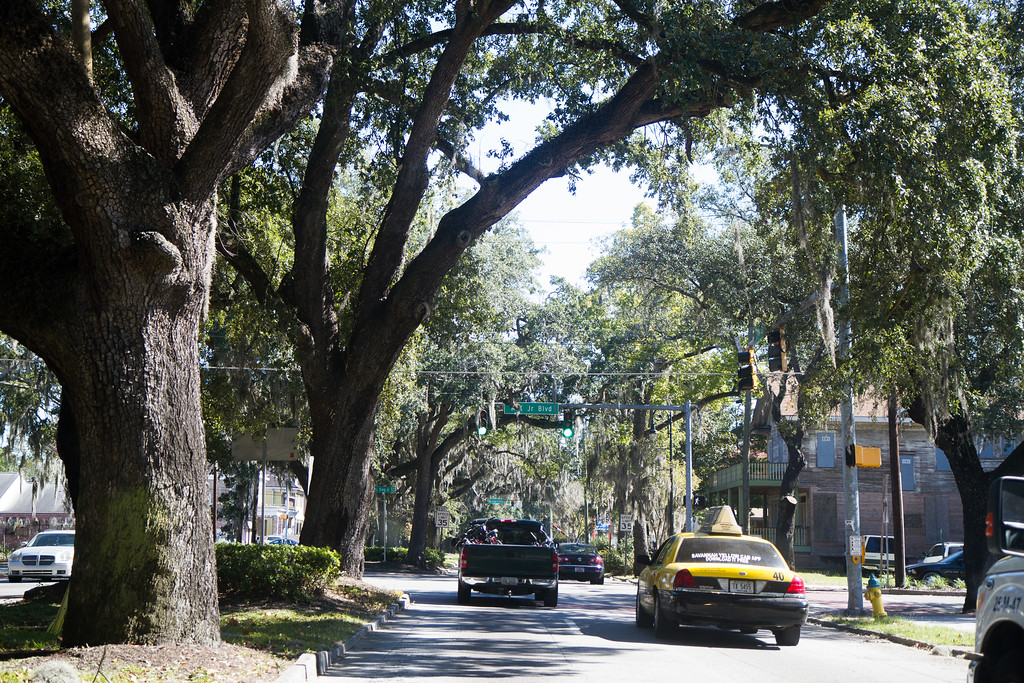 It was a happy sign that as soon as we got on the highway, we spotted a Raven transport truck. I was on my way to visit my team leader in Miami, and our team name is Ravens.

Our friends decided the best time in Miami had to involve the water – so we headed out to Shuckers for dinner.

Aren’t they the cutest couple?

We start with some wings.

Gargoyles keep watch over the restaurant and the water.

And it only got better with the sunset.(Minus that weird bearded guy…

Quick! Which one is the statue?

Showing off my selfie skills – that is not a phone I’m holding.

We stop back at the house for a bit so I can hang out with the itty bitty one.

Since it’s Halloween time, they had their yard decorated.

Sadly, it was far later than we expected and we had to end our visit to have any chance of getting home on time. Even if he was my boss, and I’m pretty sure would have forgiven a late start on Monday.

We end up stopping in Savannah to catch a nap. The desk clerk was really kind and gave us a discounted rate since we’d only be sleeping a few hours – it was 5:30am and checkout was noon.

We had just fallen asleep when suddenly we’re awoken to the sound of Reveille. If you’re not familiar with what this is, take a listen to the audio below. Odds are you’ll know it when you hear it!

Apparently we were close enough to Hunter Army Airfield to hear the trumpet during flag raising, which is at 6:30am sharp. Luckily it’s a short tune and we were able to get back to sleep.

After checking out, we needed breakfast and went to Driftaway Cafe. Despite the reviews, we were really unsatisfied with the meal. Nothing was identifiably BAD, but it wasn’t good enough to suggest going back to.

We were greeted by an adorable kitty however!

The inside had cute stained glass of sealife all over.

I was getting a shot of the dolphin, but aww, the couple are holding hands.

Crab cakes. Underdone and had green peppers in them (which I’ve not seen done so I didn’t think to ask about), which I can’t eat.

Sounds great… but that’s cheeze in it (like, cheap liquid canned nacho cheese) and the gravy had very little flavor.

Ok, first – those are not hashbrowns. Those are at best “home fries”. Second: this plate was $11. ELEVEN DOLLARS. I have not eaten any of it – that is the whole serving.

After that disappointing breakfast, we head on out of Savannah; at least enjoying the view of the older neighborhoods.

No one tell Gaston he has his own street, he’ll get an even bigger ego.

It didn’t translate in the photo here, but it was a very cool view.

Why yes, I am still a child.

Sooo, do I just signal the driver and hand him a mug?

We decided to stop in Mooresville, NC for lunch. It was a random pick just on the name; my stepdad’s last name is Moore.
I chose a good-looking BBQ place from an internet search, but we got a bad vibe about the place when we pulled in so made a second choice and went to Lancaster’s.

Got an order of Sweet Corn Nuggets to start – basically fritters. Tasty!

The corn cob was a bit dry – but man, did we make the right call otherwise! The BBQ was EXCELLENT and totally made up for the lackluster breakfast. The place was crazy hard to find – down a LONG hilly sideroad – but I think that was to keep them from being overwhelmed because this stuff is goooood.

After that we just hauled it home. Well, we did make one other stop. We tried to find this hot dog place that is supposed to be great road food, Sam’s Hot Dog Stand. Sadly, they were closed.

However, walking down the street we came across this art? antique? I don’t know what shop that had the most ridiculous taxidermy in the window:

Tell me The Bloggess wouldn’t fall in love with this?

My last video is below, it starts with our trip out of Savannah. By the time we hit Ohio we were too exhausted to keep filming the drive. We do give a final in-camera goodbye though.

One last picture – the shot I sent to my mom to confirm I did, indeed, get a bottle of crack sauce for her on our trip. Kobe Steakhouse and their white sauce has not been beat anywhere. They know they got a good thing going, and sell their white sauce by the bottle at the restaurant.

Thanks for following along! Hope you’ll “join” us on our next adventure. 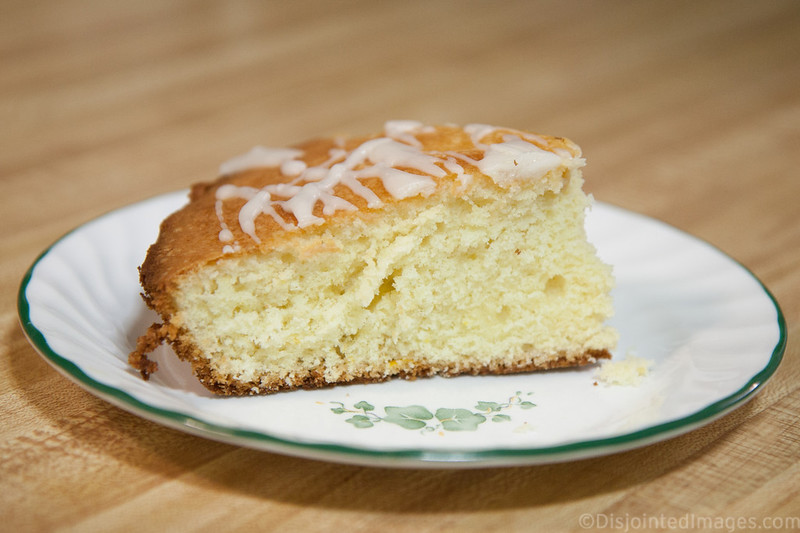