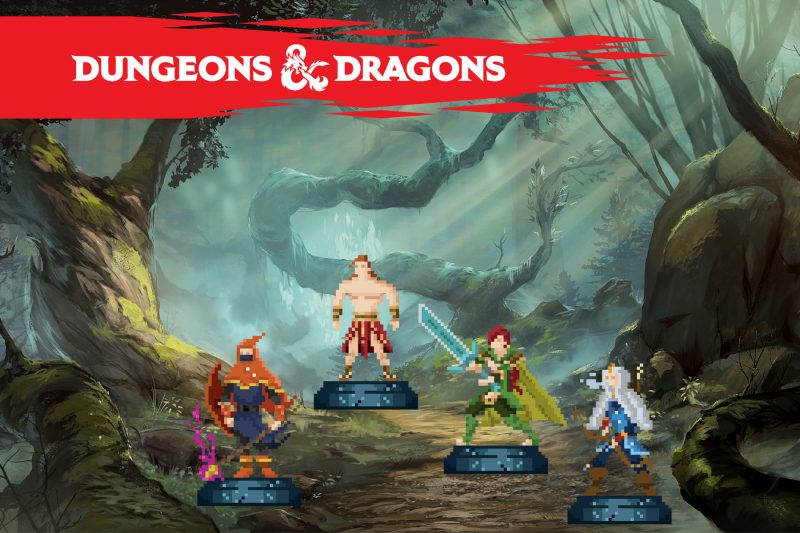 You often hear that some of the best D&D games happen when everyone is completely immersed into the story as their character[s]. But for new players who weren’t theatre nerds, this can be a challenge. This is the case with the group I am currently running and so I put together this small guide to try and provide helpful tips and suggestions on how to better develop your character to get into their headspace and therefore better roleplay as them.

A lot of the game is up to a roll of the dice, but how you play your character is all you.

What kind of role player are you?
If you’ve never played before, you’ve probably got no idea. That’s ok.. An easy way to figure this out is to think about what you hope to get out of the experience. Let’s take a look at some of the typical styles of RP’ing.

Performers: This is about acting in character. Players who like this aspect of the game will usually come up with a unique character voice (see below) automatically, and will be the first to step forward during dialogue sequences. Being at the center of attention, or the leader of the group, is what these players strive for. They tend to not be compelled by long deliberations about numbers or game mechanics.

Thinkers: Careful planning and deliberation is what this style is about. Thinkers usually prefer to carefully watch events from afar before adding their two cents. Creative problem solving is where they shine. Environmental puzzles, plot dilemmas, and tactical battle spaces are what they play for.

Fighters: Sometimes nothing is more satisfying than cracking some heads and flexing all that power you’ve earned over the course of the game. These players usually like the mechanical aspects of battle, and get a thrill out of unleashing powerful abilities on enemies. If too much time passes without someone’s ass being kicked, they often get restless.

Collectors: This is about getting things like items, levels, and abilities. Players who like collecting are often the treasure hunters in the group, and get a lot of enjoyment out of becoming steadily more powerful as the game goes on.

Most people have a bit of each of these archetypes in them. Decide which ones stand out to you the most, and strive to create a character that focuses on those aspects.

How Does Your Character Fit the Story?

Think of it as being part of an ensemble cast for an epic movie. Your character has a very important supporting role but they are not the star. No one is. What’s best for the group as a whole is most important. You need to figure out how your character will fit in with the team, and what makes sense for the world the DM has created.

However, that doesn’t mean that if the team doesn’t have X character, then that’s what you should be. It’s a balance of making sure your character has a reason to be hanging out with this motley crew and continue to help them. If you’re playing someone who only thinks of themselves, never shares the loot, refuses to socialize at the tavern, and generally acting like a teenager forced to take a family vacation – well, why would that person have joined up with an adventuring team to begin with?
Talk to your DM. Talk to your fellow players. Make decisions that gel well with the group and the world.

Be proactive. Stop planning so much. Don’t be afraid to make a mistake. Mistakes are interesting. Some of the most fun role playing moments can come from trying to survive the wonderfully sticky situations that mistakes provide.

Find out what your character is good at, and think of ways to apply that to each situation you encounter. This will be vastly different from character to character. You must constantly think about what your character can contribute to each scene, then do it. It can be as simple as what your character would be most interested in. I’m a photographer – there are things that immediately catch my attention wherever I go because I’m framing everything as a potential photo. So a detail that someone else would gloss over is one that jumps out at me.

Think about how you can use your characters’ skills and interests uniquely to help out, and not just in battle. If your character was a bookworm, then things of historical significance might be their forte’. “What do I know about this area/building/town”?

The worst thing a player can do is be passive. No, scratch that, the worst thing a player can do is try to stop things from happening. That equals death for the story. Don’t stop the game to have a meta-conversation about why it’s a bad idea for the dwarf wearing full plate to jump overboard to save a drowning man. Instead, watch him jump, then jump in after him. Or throw him a rope and try to pull him up. Or cast a spell on him so he can breathe underwater. Bingo, the situation is now more interesting. Would it really have been more fun if you had all just stayed in the boat and done nothing?

Know the Difference Between You and Your Character
Hopefully this has become obvious by now, but it bears repeating: You are not yourself when role playing. You are playing a role. Surprisingly, this can be quite difficult for many new players to grasp at first.

You have to start thinking about how your character would do things, rather than how you would do things. For this to work, it’s key that you understand exactly how you and your character differ. Think about your character’s moral alignment, age, gender, upbringing, beliefs, and personality. If at least two or three of these aren’t completely different from your real self, then it’s back to the drawing board. It doesn’t have to be so ridiculously removed from yourself that it’s hard to keep straight, especially for your first character, but some of the best parts of this game is the ability to be different for a few hours every week.

Then display your talents, your traits, your weaknesses, your connections. Take every opportunity to show, and not tell, the other people at the table what your character is about. Eventually it should be nearly second nature in the game to know how someone ELSE is going to react to a situation because you all know each other so well.

Play Dress Up
Ok, not like full LARP or Cosplay level. But props can be a good physical reminder of the fact you are a different person while you’re sitting at the table. One of the players started wearing an eyepatch because it amused him and his eyepatch is a perfect example (whether he realized it or not), and while it is something that’s worn, it could easily be a model ornate dagger (cough) or a gemstone.

It’s why I really like using mini’s, maps, and battlemats at my table. Even if it’s just a grid and a couple of trees or accent pieces I find it helps everyone get a similar vision in their head of what’s going on. I’ll also occasionally hand out printed letters between characters and NPC’s to make the world feel more real.

Find Your Character’s Voice
Tabletop RPGs are all about talking. In fact, pretty much the entire game is handled verbally. Unlike improv, no one gets out of their chair and starts acting things out. So your verbal communication is even more important here. Having a unique voice will instantly help you start thinking as your character rather than as yourself.

I don’t mean you have to talk in a funny sounding voice either. To start, just make sure that when you do something in the game you get descriptive. “My character storms up to the ogre and yells [insert words]…” “My character grabs their dagger and charges into the tavern to support my friends.”

To step up from just descriptive narrative, you can try something as simple as changing your speech pattern. Were you raised educated? Do you tend to use bigger words than are needed to elucidate the tonality of your position? (See what I did there…) Were you reclusive? Do you tend to give one word responses unless forced otherwise?

A particular way of speaking is as much a part of someone’s character as the regional accent they have. Slang words, how quick or slow you speak, whether you slur your speech or enunciate ev-er-y syl-la-ble. Despite being born in Michigan, I use y’all a lot. I also say fuck a lot. *shrugs*

Make Your Fantasy Fantastic
A huge part of role playing is problem solving. How do we sneak past the guard, get through the locked door, and escape with the enormous treasure chest without dying? Be creative! Remember, you are all trying to tell a story together. So tell an interesting one in which the characters do unexpected and unique things.

If you can’t think of anything, consider all the tools at your disposal:

Remember, this is a world where (almost) anything goes. There may be consequences for trying to flirt your way past the city guard or riding a bear through a tavern – but you can certainly try! Think of all the best video games and the interesting ways that are put in to solve an area/puzzle. Baddies guarding a door you need to go through? See if the wizard can throw a noise down the opposite hallway to distract them.

Speaking of games – rarely, if ever, do you start a video game and the first thing that happens is someone runs up to you and says “Hey, do this thing!”. No. You spend 30 minutes talking to every damn person you see to hear what they have to tell you and then figure it the fuck out. TALK TO PEOPLE. I will not conveniently have a gossipy tavern owner fawning over one of you to point you in the right direction. Investigate stuff. Ask questions. Follow leads. No-one needs to point out that this is an obvious plot thread while you do it.

Closing thoughts:
Do what is best for the game. Do what is best for the story. Be active! Be positive! Be interesting! Change things! If you can’t walk away at the end of the night with a good memory, with something that you could talk about in the pub in years to come, then everyone at the table has failed.

How I Became Obsessed with D&D